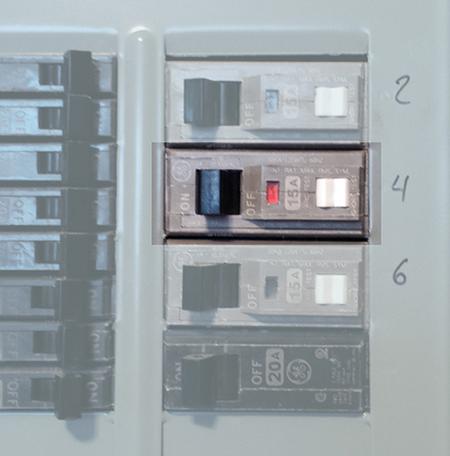 2. Look for a tripped breaker in the sub panel, reset any that are tripped

If the outlet doesn’t reset, or you don’t have a GFCI outlet, the problem may be that you have a tripped breaker in the breaker box.  Our house has AFCI breakers, which are more commonly found on living area circuits like bedrooms, living rooms and offices.  These are more sensitive breakers that better protect your home. 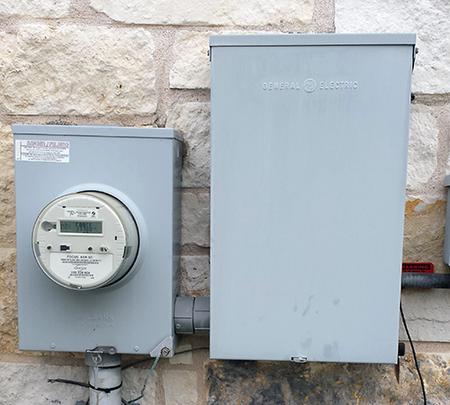 3 Things to do Before Calling an Electrician 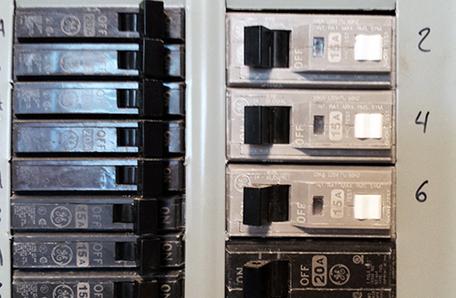 A tripped breaker will trip to the middle, meaning it’s not on but it’s not off either (although you’re not getting any power). The AFCI breaker also shows an orange flag telling us that it’s tripped. In order to reset a breaker you’ll need to turn the breaker off (the equivalent of rebooting a computer that doesn’t seem to be working right), then back on. Resetting the breaker should restore power to your outlets.

Here the breaker is off.

In this picture all the breakers are in the ON position. 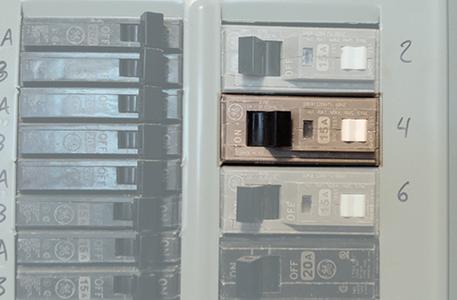 1.  Check for a GFCI outlet and reset it

The first place to check is a nearby GFCI outlet, they’re commonly found in bathrooms, the kitchen, and garage and outside. It’s common to find the GFCI in another area; most bathrooms are connected by one GFCI, usually found in the master bathroom, even if the bathrooms are on opposite sides of the house.

The GFCI will have two buttons between the plugs, one says test, the other reset. You’ll want to press the reset button. Some outlets have a reset button that’s difficult to push, so you might have to put a little oomph behind it. Most GFCI outlets when tripped will show a yellow or red light or while they are on will show a green light.

3.  Look for a tripped breaker in the main panel, reset any that are tripped

No luck? Now it’s time to call an electrician.

If resetting the GFCI outlet and breakers doesn’t work, then it’s time to call an electrician to diagnose and repair the issue. Although replacing an outlet is something a homeowner could do, without power going to the outlet it’s difficult to know which one caused the rest of the outlets to stop working. It’s also difficult to be absolutely sure which breaker the outlet is on to make sure that you’ve killed the power going to the outlet before working on it. It’s best to call a licensed electrician before putting yourself in harms way.

Before you call an electrician follow these steps to possibly resolve the problem and save yourself some money. These steps are absolutely safe for anyone to try. Outlet issues might be the most common residential problem. At least it’s right up there with ceiling fans and florescent lights that don’t work properly.

Usually, when one outlet goes out, it affects several other outlets nearby. Outlets are tied to each other, on a daisy chain, much like when one bulb quits working on the old style Christmas tree lights and it causes the rest of the lights down the line to not work.