Choosing the right charging station for your car can be pretty confusing. We've chosen the most common charging stations and compared them based on the biggest differences we see aside from cost. Check out our EV Charging Station Guide!

Get a Level 2 Charging Quote

Level 1 charging is widely considered a trickle charge, giving the car about 4-6 miles per hour of charge.

Level 2 charging is almost exclusively the circuit we are talking about installing since the home will already have a standard household outlet. Each car will charge at a different speed based on the car, the cord, and the amperage available.

For example, below is the Tesla Charging Rate Table, if someone purchased a mobile connector cord for their Model S, they would be able to charge at 23 miles per hour since the cord only has the ability to charge the car from a 40 amp circuit. Although the home may have more power than 40 amps available and the car may have the ability to charge on a larger circuit, the cord is the limiting factor.

Level 1 vs Level 2: What's the difference? 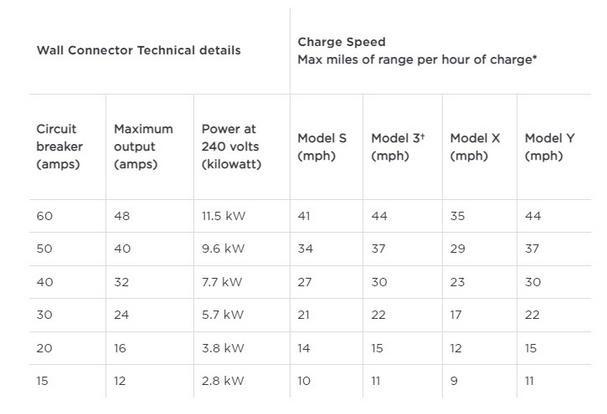 Which is better ultimately depends on what your ideal scenario looks like. 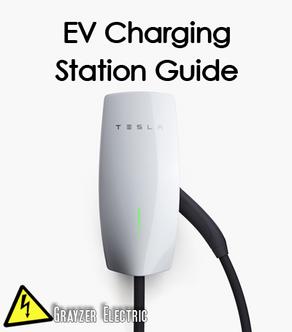 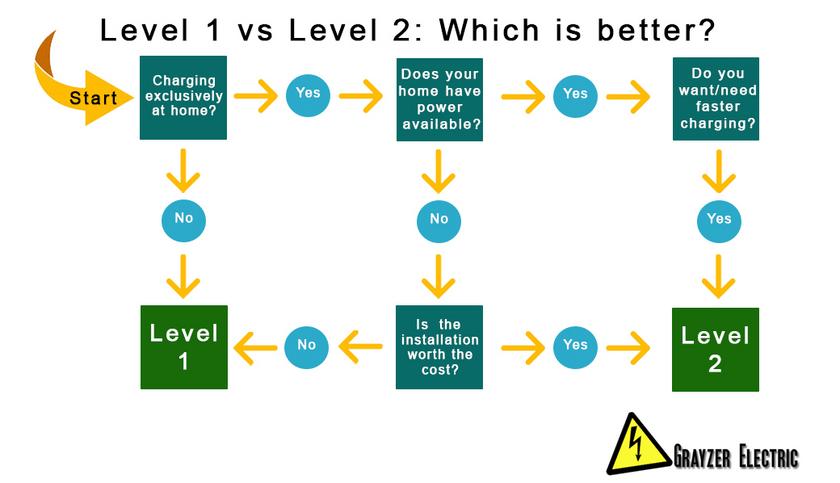 Level 1 charging is 120-volt circuit, most often thought of as the standard household outlet found inside the home or garage. This would be the same outlet that you would plug in a phone charger.

Level 2 charging is a 240-volt circuit. A circuit at this voltage can vary in amperage but is commonly used for AC circuits, electric ovens or dryers, and RVs.