You can start this process by adding some power strip surge protectors to the outlets that your computer and TV equipment plug in to. Then contact an electrician about installing a whole house surge protector, this is something that you’ll want a licensed electrician to install. You may need to send in a picture of your main breaker panel; the panel will need room for a two pole breaker to be installed.

The whole house surge protector that we prefer to use is the Eaton Ultra model, while there are many options on the market ranging from the cost of 10 Starbucks lattes to the cost of a small nation. The Eaton Ultra gives a great amount of protection for the cost, a fair trade we would say. Not only is their protection top notch, but they also have an unbeatable $75,000 guarantee. Keep your electronics running like new by protecting them from surges both inside and outside your home. 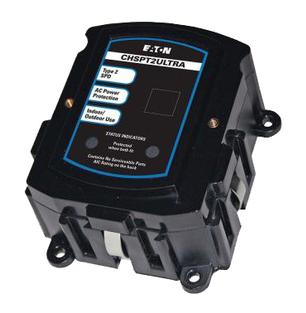 It may be worth mentioning for just a brief minute, how insurance claims work from the electrician’s perspective. The electrician cannot guarantee that something is not working because of a lightning strike. Logic leads us to believe that since something was working before and is no longer working since the surge, we conclude that it must be because of the surge. However, for instance, unless there’s a hole in the roof from where the lightning struck, and a severed wire that the lightning split, an electrician can’t prove that the lightning is what caused the problem.

Although lightning strikes aren’t that common, some of us still like to be prepared. This preparation is where whole house surge protection helps give us that peace of mind. Everything in the house requiring electricity is susceptible to surges because they have circuit boards. We have the ability to use power strips with most electronics but what about the AC unit, refrigerator, washers, and dryer? The larger appliances are expensive to replace and the most susceptible to surges since we can’t plug them into a power strip. The whole house surge protection is their umbrella for a stormy day.

To install whole house surge protection the house must be properly grounded, most new houses are, but some older homes will need to be grounded. With this type of surge protection when the extra electricity comes into the main panel, the extra power is sent to the ground, essentially dispersing the power away from the house. Even a whole house surge protection is not 100 percent effective, especially from the massive power of a lightning strike, some surges may still reach your main panel, but it will be reduced to levels that shouldn’t damage your electronics. 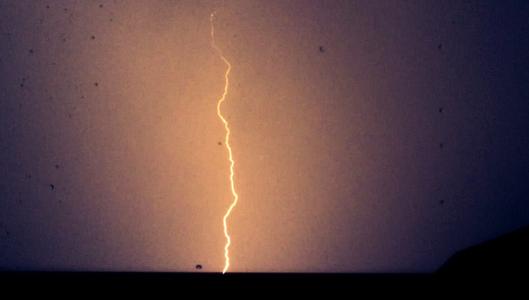 It's most common to think of surges as being caused by lightning strikes either near your home or directly impacting your home. However, you might be surprised to find out that according to the NEMA Surge Protection Institute, more than half of all surges come from inside the home. Have you noticed the lights flickering when major appliances kick on? Over time those surges eventually wear out electronics, small appliances and anything with a circuit board. This is where power strips with surge protection come into play inside the home. These power strips keep a consistent amount of power flowing to your sensitive electronics, like computers and TVs.​

What about lightning strikes?

Lightning strikes are dangerous and do pose threats to homes when they strike the home, the neighbor’s home or a nearby transformer. Strange things happen to electrical components when lightning surges come through the house.

Steps You Can Take to Protect Your Home From a Surge